On a trip to Nelspruit recently I was invited by Uncle Ismail Mia of Sollys Anglers Nelspruit, to join his son Abdurrahman Mia and his friend Ahmed Ismail on the boat at De Hoop Dam in Steelpoort.

We started out the day at 3:00am. I got my boys and my new brother in-law Abubakr ready, and we were off.  We reached the water at around 5:30am, after a long and winding road up and down the hills of Lydenburg.  The dam was beautiful to say the least, and I savoured the early morning atmosphere as the sun was just rising casting its magnificent rays across the water and over the tops of the thorny acacia trees that littered the shoreline.

We launched the boat with no hassle and we were off to the first spot.  Within three minutes of getting to the spot the first fish was caught. A small guy, but I was reassured by Ahmed that this was not the fish that we had come to catch at De Hoop. I was the lucky one! After several casts towards a submerged tree, I let the line go as far down into the depths as I could.  I then began a very slow retrieve jerking the watermelon red fluke on the other end of the line ever so lightly every once in a while. It happened very slowly, I felt a quick jerk and the line went slack. My instinct told me to strike, and I gave the rod a heavy pull and to my surprise the tip bent towards the deep water. The fish was on! I quickly tried to reel up the line, but the bugger began to move on further into the depths. The fishing rod was taking the strain of the fight so I had to loosen the drag. The reel began to scream as the fish took line. All things have to come to an end however so after a good fight, I managed to bring the beauty to the boat.  A whopping 1.8kg Florida bass. I was ecstatic. Yet the day was still young.

We managed to catch a total of thirty fish, returning most back to fight another day. All in all I must thank Uncle Ismail for his generosity, it was a day I will not forget! 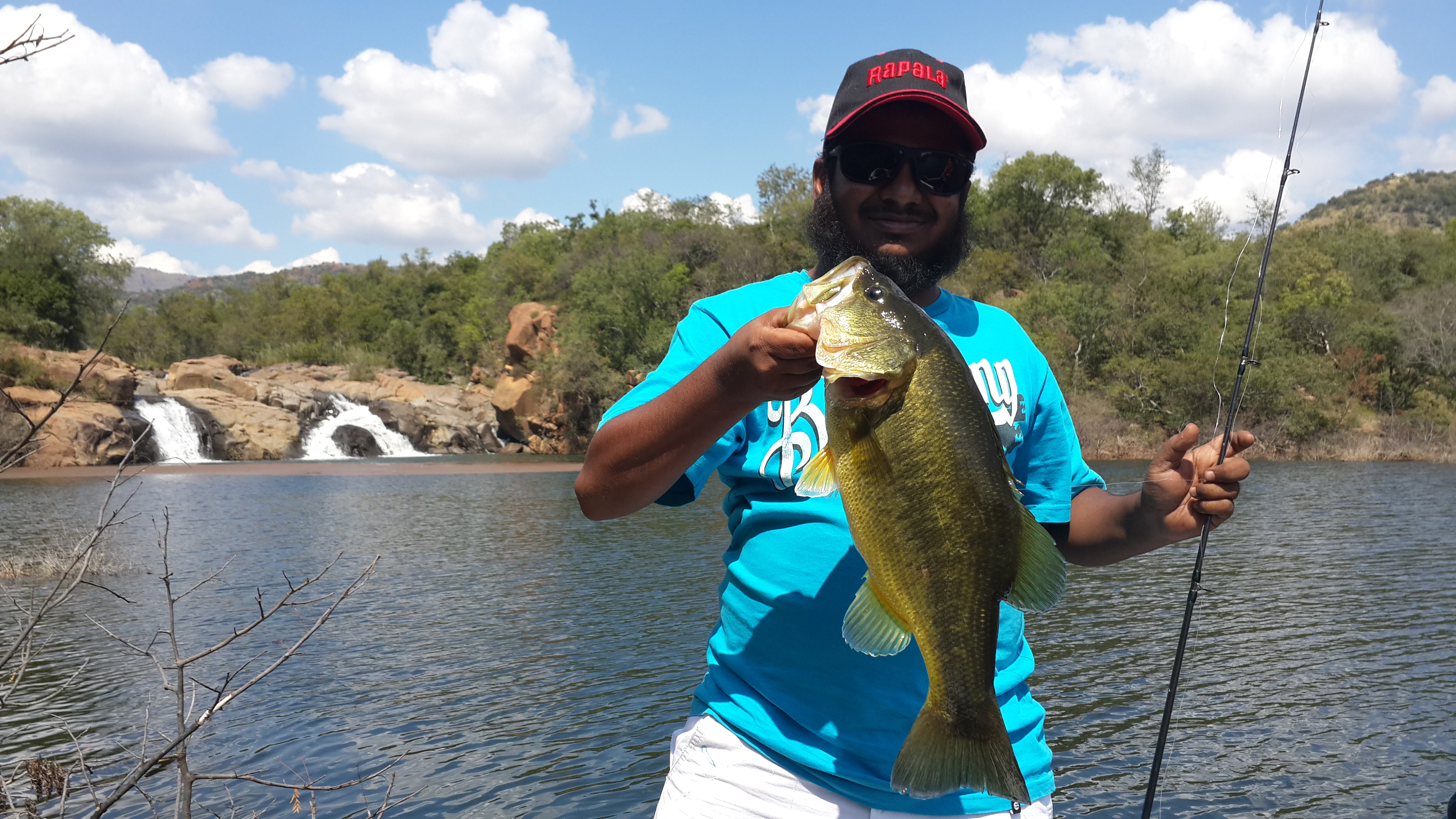