Posted by Aadil Cajee on Tuesday, November 25, 2014 Under: Aadil Cajee
Day 2
Travelled South only to find glassy flat water with no current. Had 1 or 2 follows but otherwise quiet. we decided to work back North. On the way found some birds and really enjoyed throwing a little spoon into the mix to the bonnies. They move so incredibly fast so it was key to be able to make long casts to them before they got spooked and disappeared. Day 2 also saw us get into some lovely sized bluefin kingies and the geets came to play later in the afternoon as well. We had to cut the day short as we had an engine failure on the boat which meant we had to idle back to the island on one motor. Day 2 lures: Salmo Slider rigged with belly rigged assist, 150g Heru Cubera 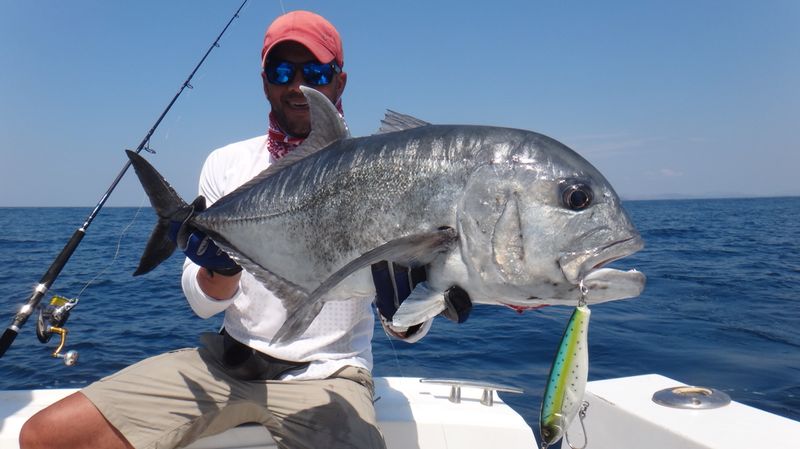 Day 3
We were effectively boatless as the boat had to be taken to Nossi Be so Jim (our guide) arranged for a local Malagasy Skipper to take us out to some of his marks north of Sakatia. This was a bit of a bummer however.....when given lemons......... so lemonade we made. It was just 2 of us on the boat as the other okes had some stomach issues and decided to rest it out. We had action early on but struggled for the first few hours with fish that didnt stick, bust offs and break offs including my mate breaking both his popping sticks (high sticking fish close to the boat) which was quite frustrating. I retied new leaders and we had the best session of the week between the 2 of us. We landed 12 geets between us with the best being just on 30kg. The water had a slight ripple on this day but no chop and put the popper down and replaced it with a sticky which just switched them on. I was chuffd with making that call and it paid off. Day 3 lures of the day: Darkstar Ulua 120 and Starwalker 160s stickbaits


Day 4
Our boat was only going to receive the part it needed on the day of our departure so we had to use the local skipper for the rest of our stay. Our guide, Jim joined us together with the other guys and we made our way North to the Mitsios where we would fish and meet up with the yacht. Day 4 was quite slow and though I landed a couple of Geets I had more fun throwing fluttersticks and bucktails to little bluefins and brassies. Day 3 lures of the day - Starwalker 160s (before a cuta took it), Heru Cubera 150g, Storm flutterstick and good old bucktail jig
Day 5
Stuck around the Mitsios and had a great session catching geets, got a green jobbie, a big malabar on stickbait and the slider struck again with a nice marbled grouper as well. Lures of the day were the slider, a lambo 130s sticky 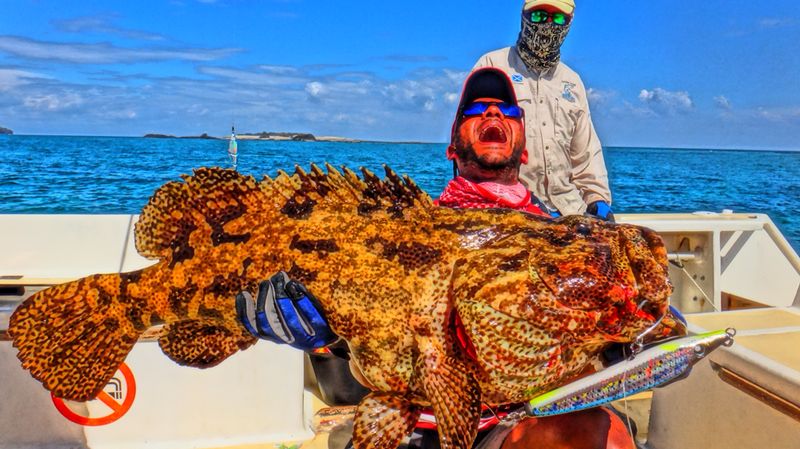 Day 6
Making our way back to the island to pack up and fly home. I couldn't have asked for a better end getting 2 more quality geets. Having lost all my best producing medium sized stickbaits I tied on a Maria Loaded 140s and managed 2 good fish on this. Almost lost the second one when after we landed it noticed an open hook and almost open split ring.
The flight home was sad and eventful with me getting hassled by security at the airport. But anyways got through and got home. I learnt heaps, made some new friends and will most definitely be back sometime again. We got some epic shots throughout the few days (well over 500) but will upload a few. 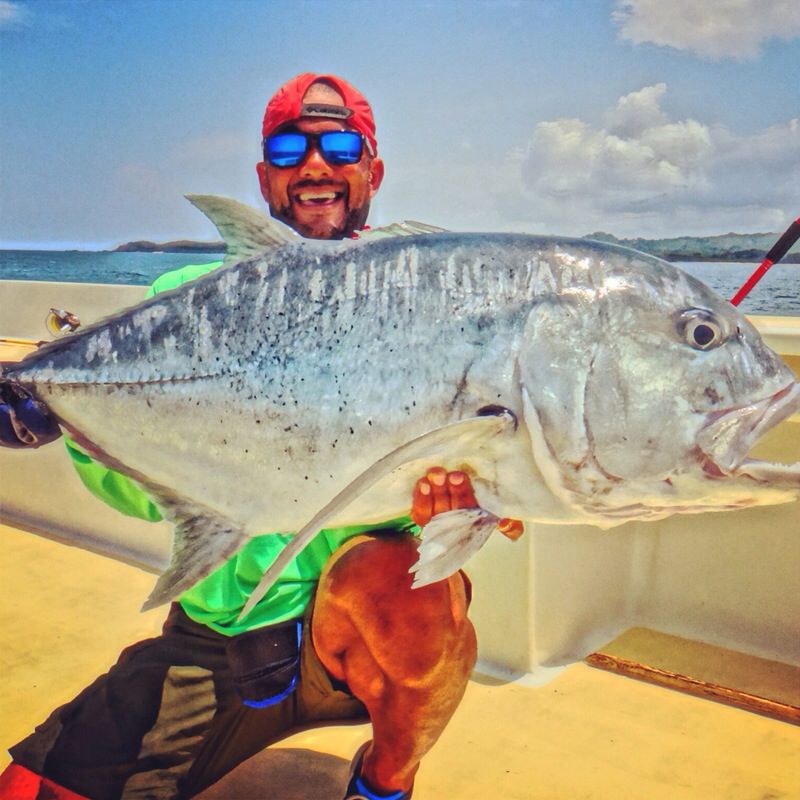 There is no feeling like watching an angry charged Geet hunt down your lure followed by the brute strength when they hit you. If fishing was addictive then GT Popping is a terminal illness... CANNOT GET ENOUGH!!!!
Thank you Lord for granting me the chance to experience this.
Enjoy guys.
Cage out