Posted by Aadil Cajee on Tuesday, November 25, 2014 Under: Fishing Madagascar 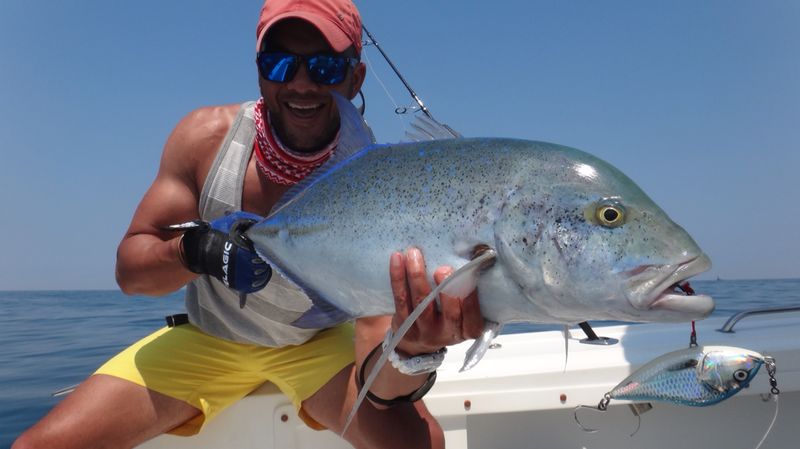 So got back a few days ago from an incredible week with Madagascar Fishing Adventures. After good on 2 years of waiting and planning, the day finally arrived. All the tackle prep and sleepless nights were worth it. Madagascar is an absolutely beautiful place, the people are friendly and the MFA set up just works.
I was travelling with a mate of mine from SA and we were to join 2 guys from the UK for the week. The plan was to fish around Sakatia Island and then South for the first few days, Castor banks for a day then make our way to the Mitsios for 2 days whilst sleeping on a live-aboard. Fishing wise, I had no expectations except that I was keen to do everything and work as hard as possible. This was to be my first boat based popping and jigging experience so had bombarded the guide with nagging questions for months about gear and was never too sure whether I was prepared enough.
Gear wise, I was going with 5 outfits to cover all bases:
Light spinning for inshore spinning and throwing spoons to bonnies - 8ft shimano Aerocast paired with Sustain 5k and 25lb Gosen
Medium Jigging - Shimano Trevala 6'6MH paired with Sustain 6k and 50lb power pro
Heavy Jigging - JigStar JS450 paired with Daiwa Saltiga 6500z expedition and 100lb Saltiga braid
Heavy Popping - JM GT Monster 78 paired with Stella 10k with JM spool and 80lb JB solid
Medium popping - Daiwa Saltiga 80TN paired with Stella 8k and 50lb power pro 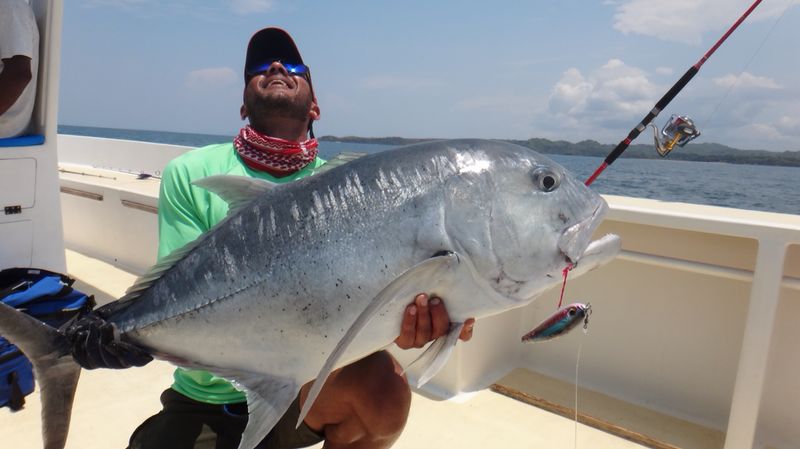 Ok, won't go into deets on the flight delays, harrassment from customs etc which is all part and parcel of travelling in Africa and will get straight to the fishing. In short, I had an epic week. 13 species, exposure to different types of fishing, blessed with good weather and the guide, operation and okes I was teamed up with were all superb.
Overall I was glad I had practiced throwing the heavy gear and trained a bit as the fishing is actually extremely physically demanding. I think that success came based on work rate and casting accuracy. Have a lure in the water all the time, make every cast count and just keep working. working big poppers all day in 35 degree heat is not a joke, jigging is another story on its own and we didnt even jig for long or jig deeper than 60-70m. So I have much respect for all the dedicated heavy deep water jiggers out there.
What I enjoyed most was the ability to be versatile. Throw poppers to geets, then mix it up with some jigging and if we got into some quieter inshore waters, whip out smaller lures and dropshot and get into whatever lived in those differing habitats. In the end we spent very little time jigging as I could not get enough of the topwater action and sacrificed the trip to Castor to rather pop some different areas.
Day 1 summary
We spent the day not far from Sakatia Island working poppers and stickbaits through shoals of fusies locating them and moving from shoal to shoal. I managed a good yellowspot kingie, a lovely cuta on popper (which stayed on for a change) and a good few geets. We went to some jigging marks for a bit and got into some rosy jobfish as well. Best lures that day were Heru Cubera 150g and Dr Hook 80g twitchbait (before it got repo'd by a barracuda) 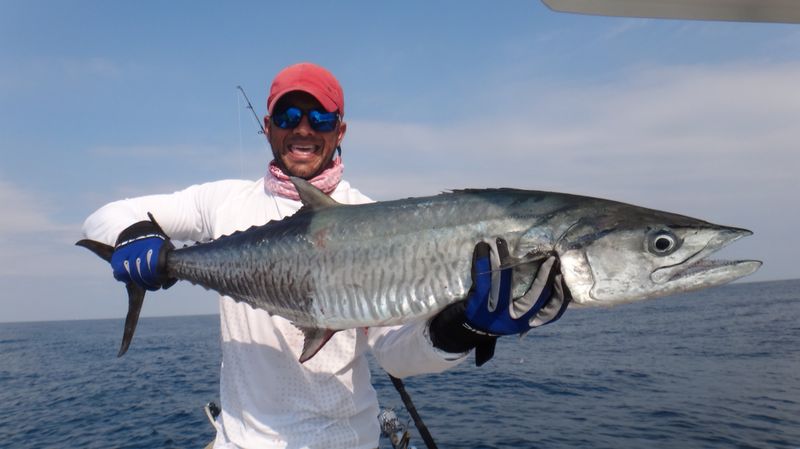